To help us give you the best experience possible, please accept all cookies. 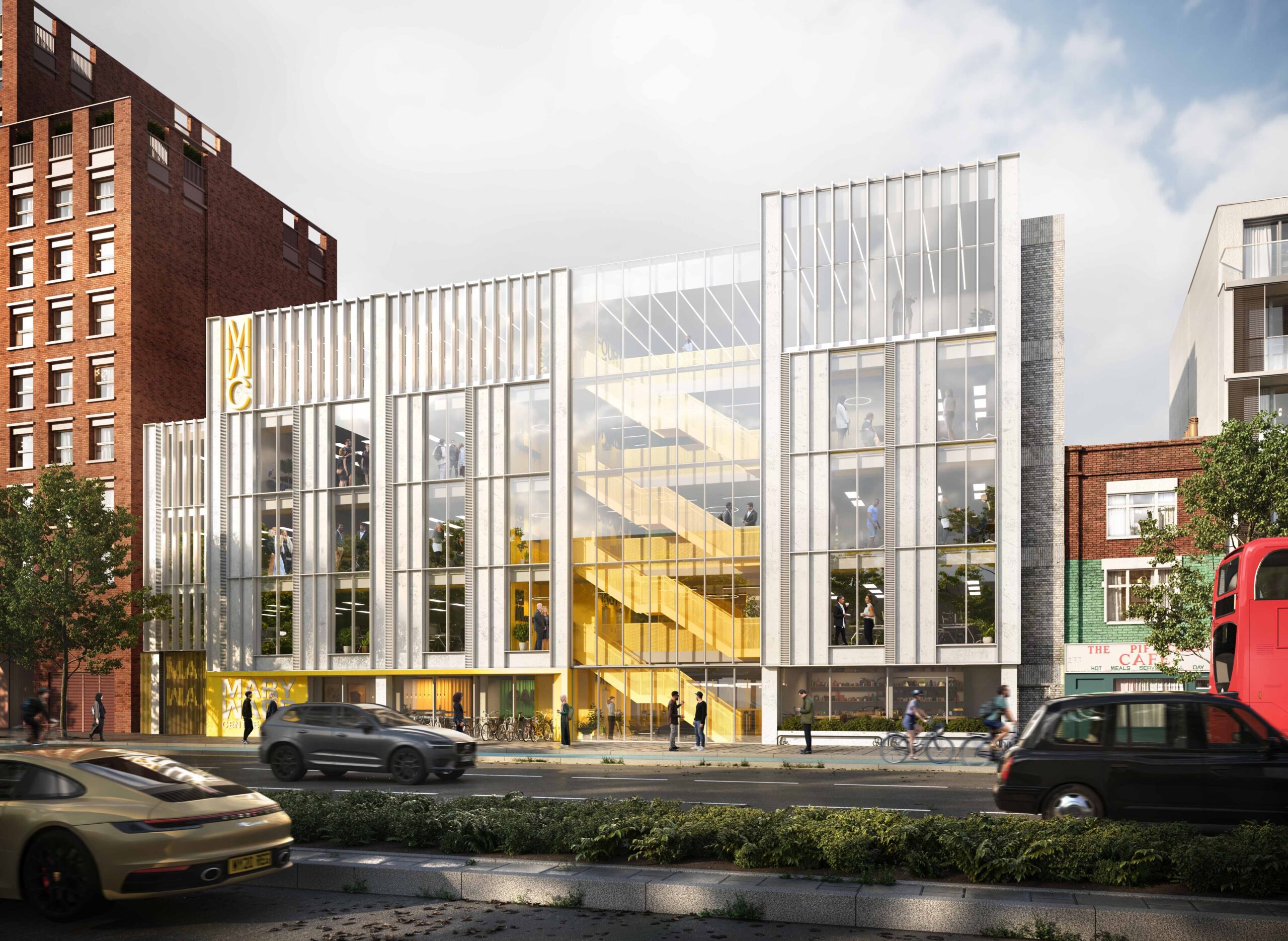 An inspirational adult learning centre for everyone

We are creating a new home for the Mary Ward Centre at Queensway House, Stratford, as they move from London WC1.

The Centre was originally founded by Mary Augusta Ward, a Victorian novelist and founding president of the Women's National Anti-Suffrage League, and financed by the well-known philanthropist Passmore Edwards.

Our united vision is to deliver an inspirational adult learning community in an inclusive environment, accessible to all, not just the local community. The aim is to produce learning outcomes that aid individual confidence, raise collective self-awareness and promote social inclusion for all.

What we wanted to achieve for the client

Through retrofit, the existing Queensway House is being re-invented to represent the values and ethos that the Mary Ward Centre has achieved over its 128 year history. The building is flexible enough to allow them to further develop that ethos in the future.

Our design is direct, honest and authentic. The entire external envelope has been replaced with a carefully considered approach that his not only environmentally driven but which also gives the building a strong identity.

Due to the constraints of the existing building, we have developed a secondary, almost exo-skeletal, structure on the outside along the Stratford High Street elevation, with the load of the new structure taken through the building to the rear.

The floorplates were then reconfigured to maximise space efficiencies and promote enhanced connections between each of the floors. New services are integrated and mostly visible, giving the building an informal practicality.

We are committed to ensuring a sustainable approach to the creation of the new Centre. In order to deliver this greener, healthier and more sustainable environment, we have followed our Retro First philosophy. Such an approach ensures that, wherever possible, the existing structure has been retained to reduce the carbon footprint of the building. We have also made a commitment to achieve BREEAM Excellent.

The building is designed to revitalise and reflect the client’s core values and to provide an identity which will resonate with Mary Ward Centre stakeholders. We have created a highly legible civic space on the ground floor of the building which is easily accessible. This includes a café/ restaurant which is open to all to use. It is a space much needed in the locality and will strengthen a sense of community between users, staff and visitors alike.

We have worked closely with the Mary Ward team to ensure that we authentically capture and transfer the unique elements of their current home in Queen Square to their new home at Stratford. We seek to create an environment which is welcoming, accessible, socially engaging and, above all, a safe place to learn.

Looking to the future

The Centre and the curriculum it offers will evolve in ways perhaps not fully understood until after the Trust occupies the new building in mid-2022. The new building will provide the flexibility of formal and informal teaching needed for the diversity and range of courses provided. Key spaces will include a multi-functioning performing arts theatre, community spaces available for vulnerable people and offices for the legal and support staff at the centre.

The new headquarters for the Mary Ward Trust will be located in the heart of the community in Stratford but will provide a valuable asset and resource to all Londoners. 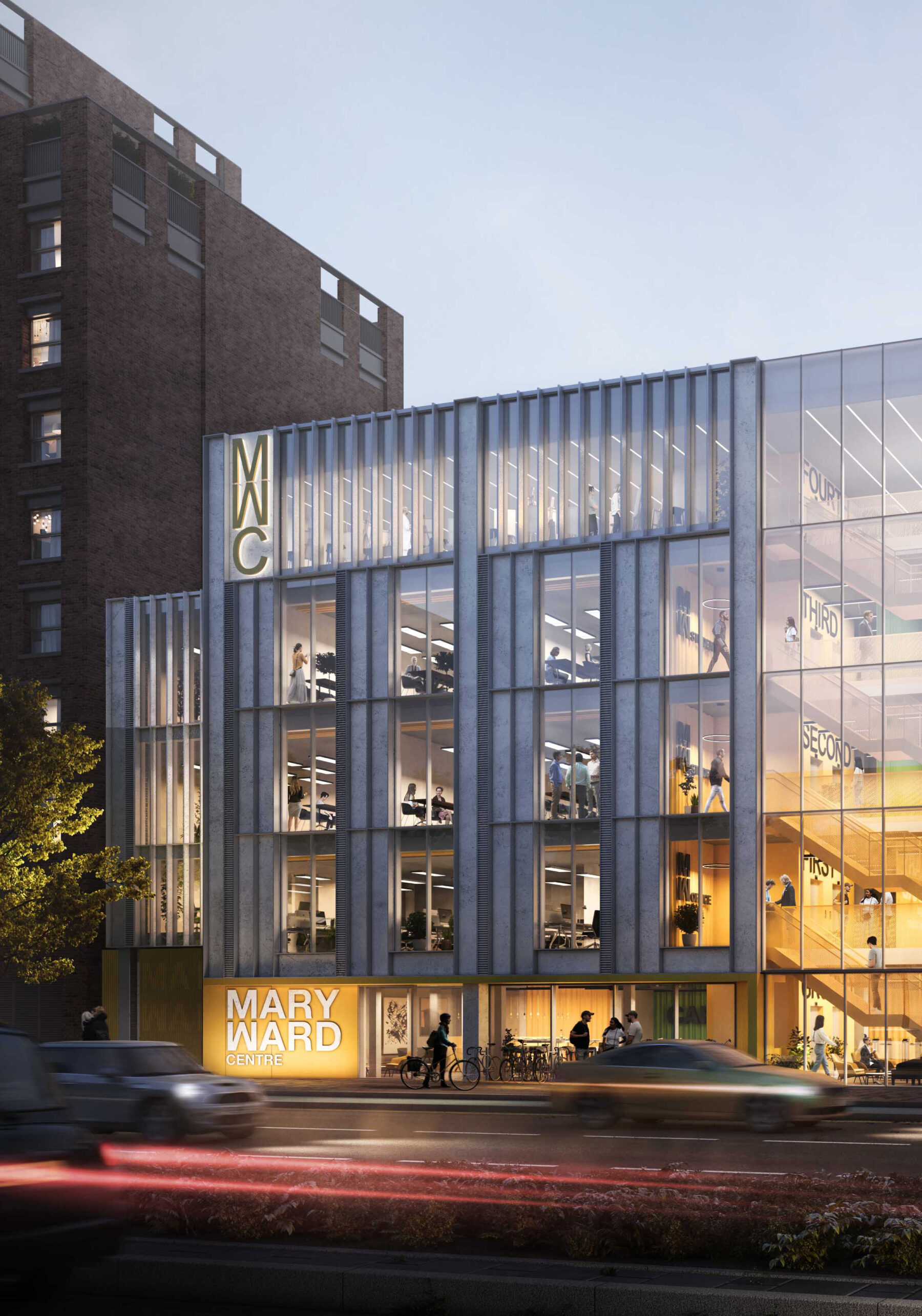 As strong advocates of the Retro First philosophy, this project has provided the perfect opportunity to emphasise the importance of re-using and re-purposing existing buildings and improving them with net zero carbon technologies. 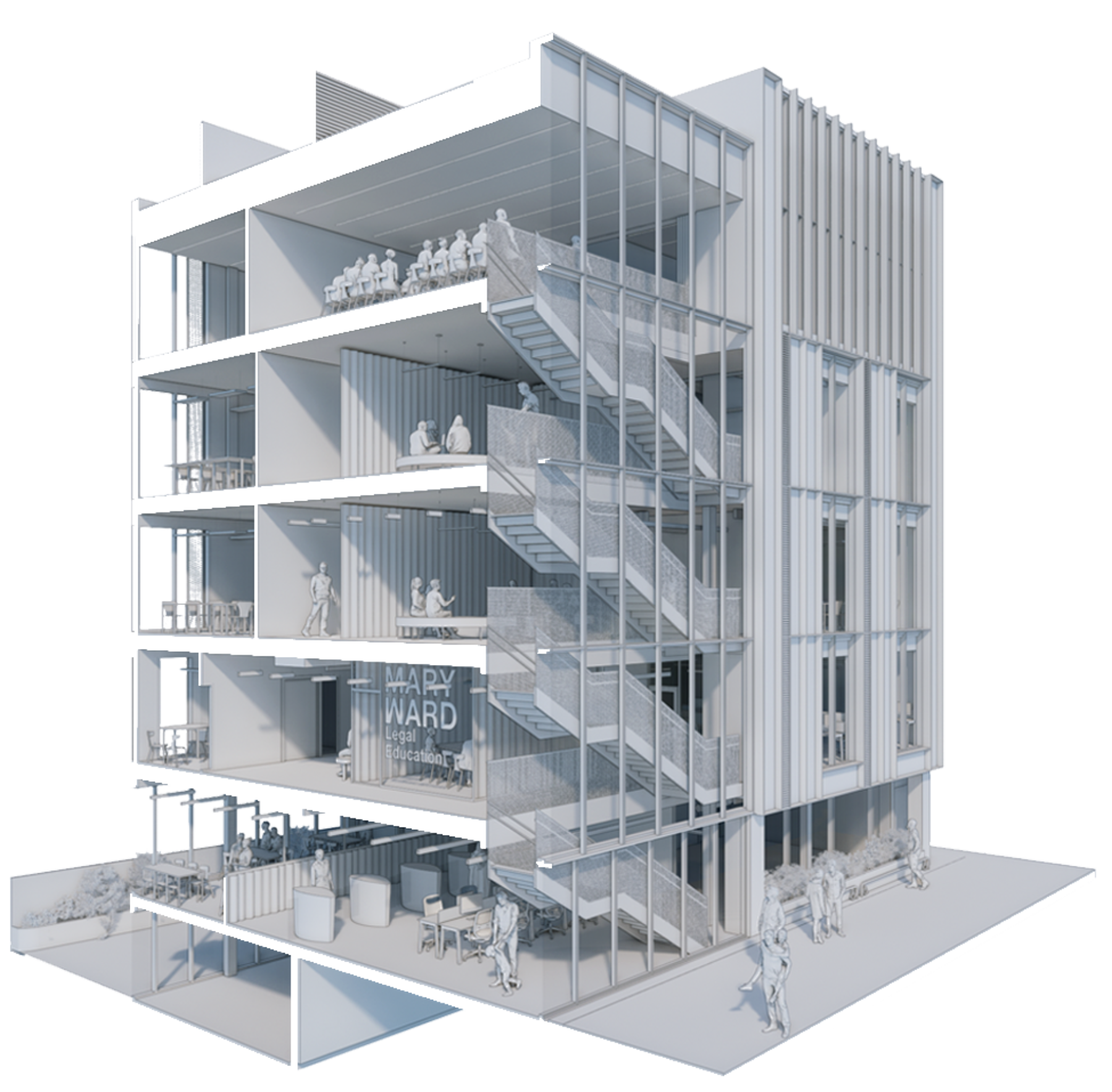 The building has been conceived to foster a community of building users through dedicated social spaces that encourage moments of pause and connection. This is articulated as a series of flexible breakout areas which physically connect the teaching spaces while addressing the street beyond. 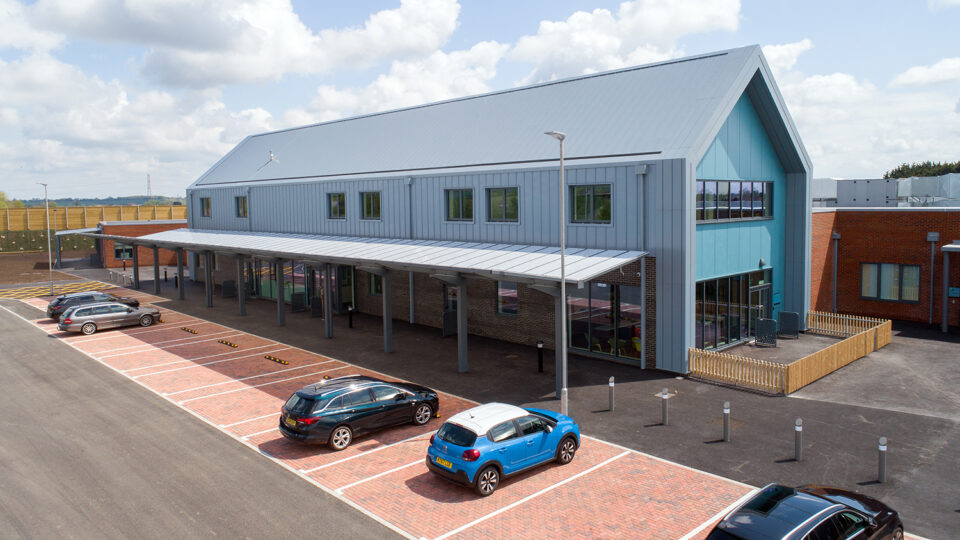 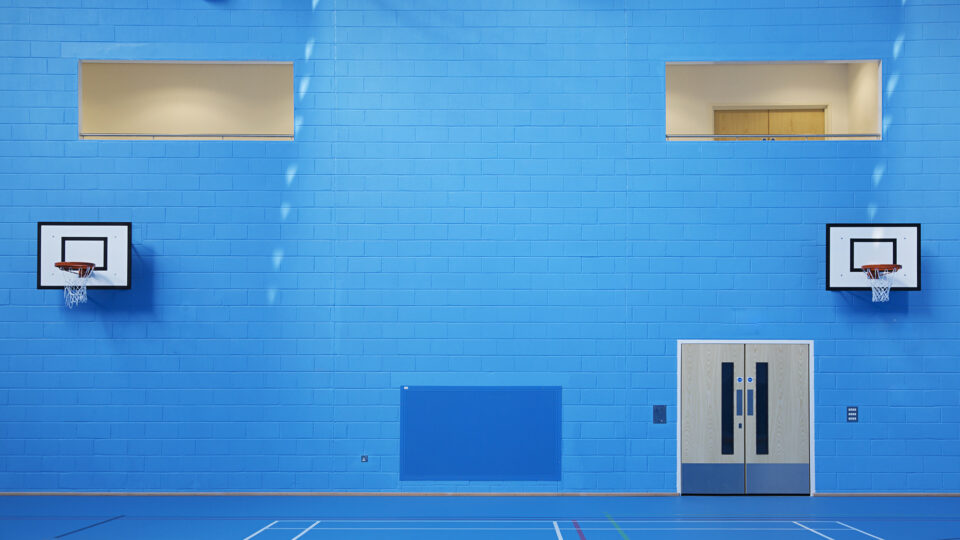 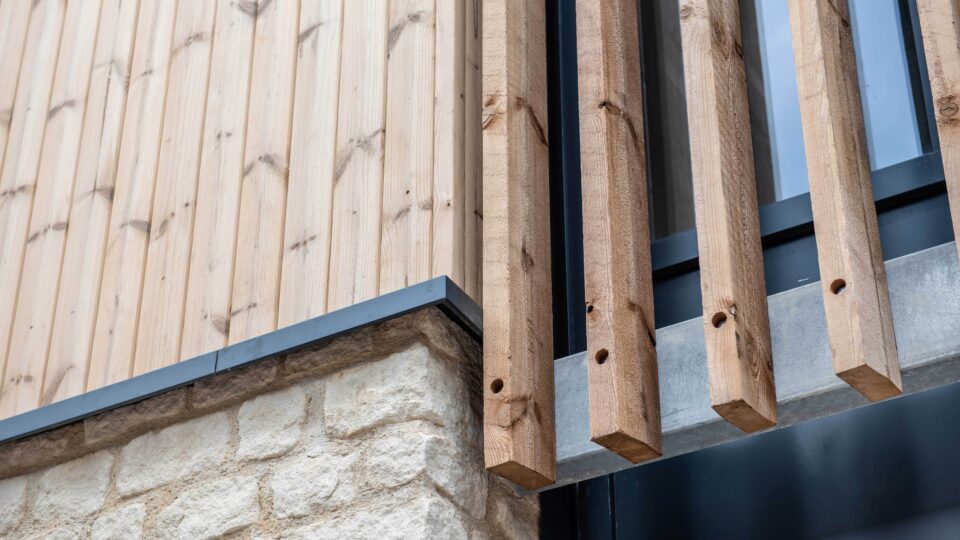 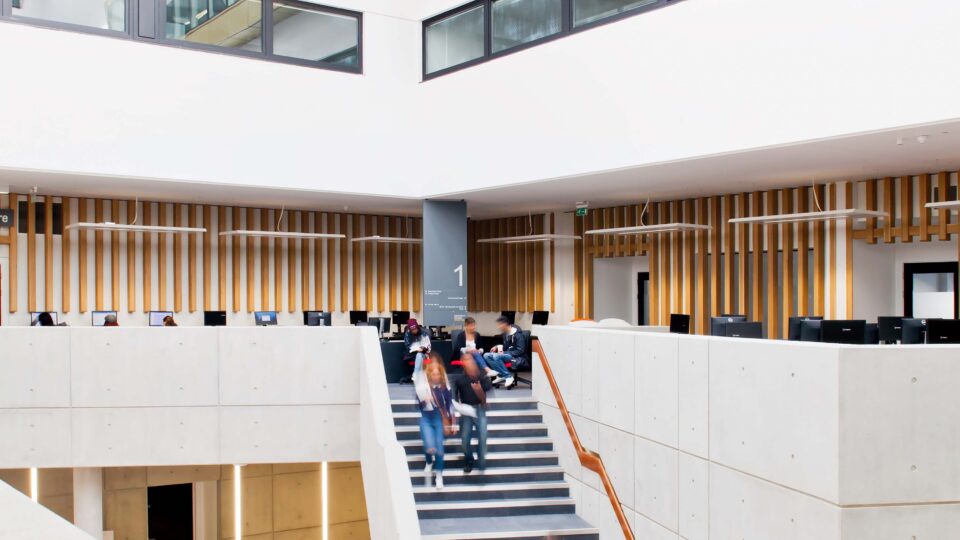 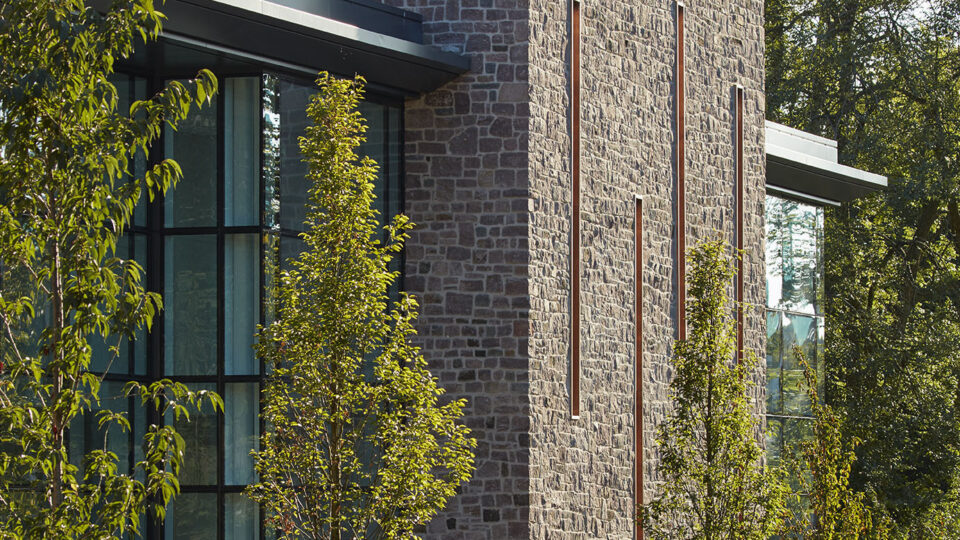 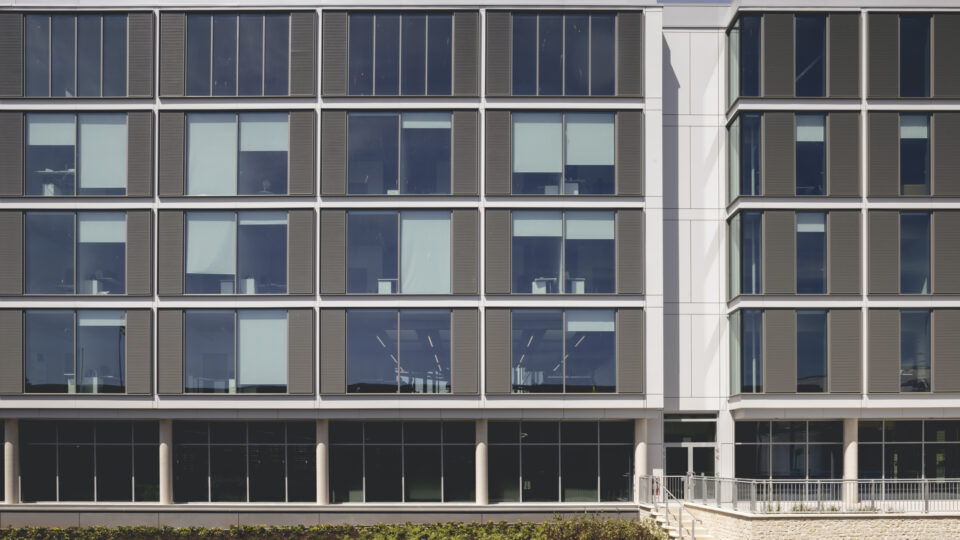 The University of Bath, School of Management

Our website uses cookies to distinguish you from other users of our website. This helps us to provide you with a good experience when you browse our website and also allows us to improve our site.

A cookie is a small file of letters and numbers that we store on your browser or the hard drive of your computer if you agree. Cookies contain information that is transferred to your computer's hard drive.